Journey to the Lesser Known: The Silk Route #1 – China 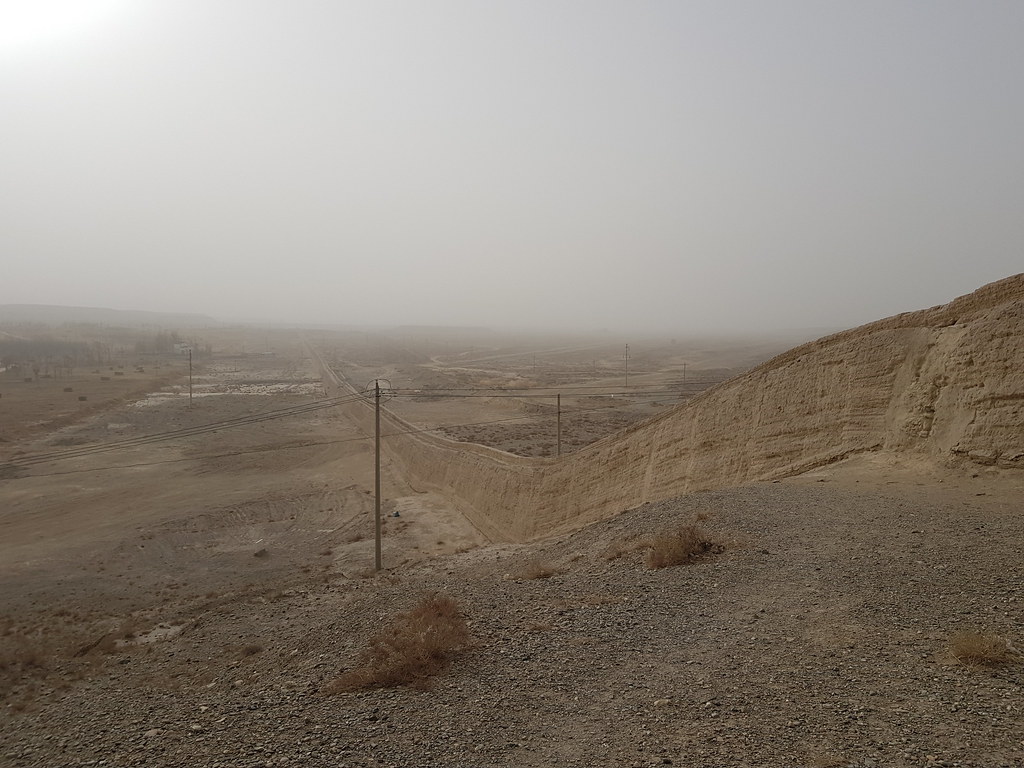 The shiny fabric in your hands are glistening under bright winter sun. The fabric, made from smooth fibres of Bombyx Mori worm, as you knew it, mesmerised many women and men that they sought, bought even fought for it.

But, as you sat silently in front of a 35.5m Buddha statue at Mo Gao Caves, the shiny fabric meant almost nothing without the blessing from the enlightened one, the universe. You’ve had the Emperor’s nod to go west, past China, to not only trade but to also learn and, if you had to, steal unknown knowledge.

You’ve started your journey at Xi’an; after a rigorous ritual in front of the Bell Tower. Just when you reached the northern bank of Yellow River, the autumn leaves started to fall, leaving leafless trees along the river’s adjoining street that led to the city of Lanzhou.

But the cold early winter that washed your face, as you knew it, was gone with a large bowl of warm Lanzhou lamien. Veering off from the river, you saw many Hui people with their wide smile and high-pitched sound displaying these noodles.

The Silk Route was unique; trade, politics, arts, religion and so on inspired each other that new cultures emerged. Officially started in Chang’an (ancient Xi’an), goods like jade, ivory, spices, ebony and, of course, silks were traded, moving from one hand to another. From such trade, interactions and exchanges occurred, leaving their marks everywhere from China to Europe. This trip is the first leg of my Silk Route trip, covering central to western China.

Fulfilling. But you decided to move on. As your elders mentioned, never venture out of China without the blessing from the universe. What you found surprising, the universe is, indeed, universal. Other than Chinese, you’ve met Hindu, Buddhist and even Christian, a relatively new religion, devotees congregating at this same place.

Just like the hardworking noodle sellers in Lanzhou, those pilgrims in Mo Gao Caves just outside the rich city of Dunhuang were amazed by the hypnotizing color of the silk in your possession. As much as they wanted to know where or how to make this precious fabric, you – as instructed by the king – remained silent. A smile would do sufficient to keep those curious traders entertained.

“But would I have the courage to stay silent when I meet powerful leaders or enemies out there?” your mind wandered as you stare the vast desert in front of you.

Here, in Jiayuguan, is where you are still physically home. Beyond, the excitingly yet terrifyingly unknown land lays before you.

After obtaining a permit, you slowly – almost doubtful – walk toward the desert. In less than ten steps, a sudden hurling sound came from afar.

A group of peculiar but beautiful-looking men and women moved closer.

“Salaam,” one of the eldest greeted you. He had this unusually bluish eyes sitting above a high-boned nose and a set of clenched jaws.

He looks friendly but at the same time worry. “Are you going to the west?” he asked in nearly-perfect Chinese.

“Yes. Who are you?” you gazed at their faces, one by one, trying to find answers.

“We’re from Samarkand. We wanted to go to Xi’an,” the old man replied.

“You’re in the right track. Why did you stop?”

“We were just going to wish you good luck. It’s obviously your first trip to the west?” he asked. You nodded.

“Then make sure you’ve had what it takes to fight the desert storm, cold weather and bandits,” he continued.

You suddenly felt your body trembling. You’ve heard it before from those who came back from similar trip. But why it sounds more terrifying now, your guts said.

“I hope I do,” was the only words you can produce.

“Don’t worry. It takes courage to embark on this journey.

But the universe will be with those in good journey,” he holds your shoulder, sharing his warmth.

You can’t explain why, but the old man’s energy brought a smile on your face.

Journey to anew is always exciting as much as frightening. But, as you remember the Emperor’s last message to you, “Everyone can wander, but very few travels with a purpose.”