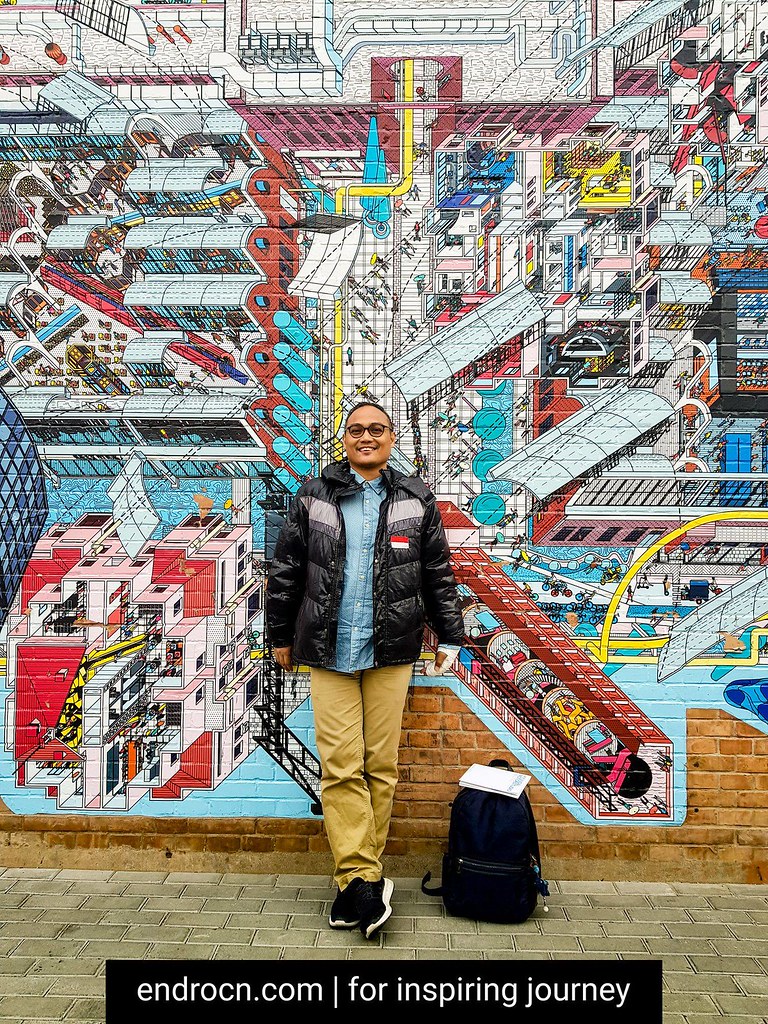 After a full day check up at the hospital, I headed out to see what Beijing had to offer.

Instead of going to usual touristic spots, I headed to 798 Art Zone at Dashanzi. Previously a complex of factories, urbanization pushed these factories in 2004 out of town, giving spaces for creative people.

Today, I wandered around the area, peeking into one galleries after another, quirky shops and independent cafes, and had meetings with creative people in the midst of cold and dark winter of Beijing.

The transformation following 798 Art Zone was unique; unlike in other places, it was government-led. While this was something creative people in other cities could only dream, I saw it differently. The air of creativity here was ‘polite, orderly and predicted.’ It was not bad, in fact, it reflected China a lot.

My mind soon wandered to the ‘crazy, chaotic and provocative’ art scene one could see in places like Jogjakarta.

But then again, being government-led, the art scene invited established industries to link with local art scene. This mural was the facade of Hyundai Motorstudio Centre. Its interior was inspired by Bauhaus design, giving clues where Hyundai led its design direction.

All in all, come to 798 Art Zone in other than winter; summer was said the liveliest season with arrays of exhibitions and performances.

Have you been here?