Palav equals to happiness, it tastes best when shared 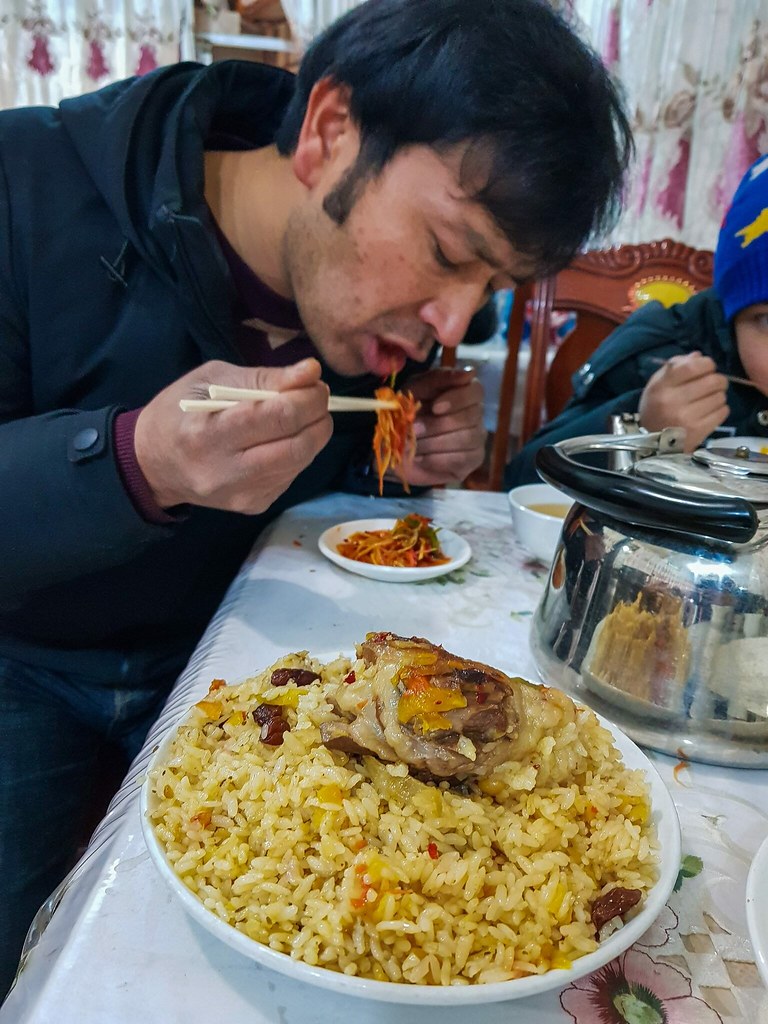 “Palav equals to happiness, it tastes best when shared.”

Kashgar, especially the food, has given me many surprises. In its busy Grand Bazaar, I found many street vendors selling different kind of food with origins that were, given their intertwined cultures, difficult to trace.

Palav, sometimes called pollo, pulau or zhua fan, is actually typical central Asian food. I’ve seen it in Iran, Pakistan, Afghanistan even in Indian (does biriyani count?). I’ve heard that most -‘stans‘ countries have their own version – or versions – of this hearty meal.

Other than the different versions, what I learned was that palav has never been cooked in small size. Not only for economic reason – given the many spices it has, it is easier to buy ingredients in bulks – but palav has always been communal. It is served best when many people sharing it.

Today, I had a Tajik version of palav; the chickpeas and distinct herbs from the mountains were among the hints. Although the seller was a family from Kazakhstan, they understood that Tajik’s palav best meets Kashgar market. My guide told me a story where palav was a meal of peace following Tajik’s warring period.

I couldn’t confirm that; but what I felt today, sharing the same big plate of palav with a local family of four made me feel welcomed. We didn’t talk much; but my guide told me that this family welcomed me to their home anytime I want.

Somehow, palav reminded me of the mural I found in Kochi, India. “Happiness (is) only real when shared.”