The story of bagels 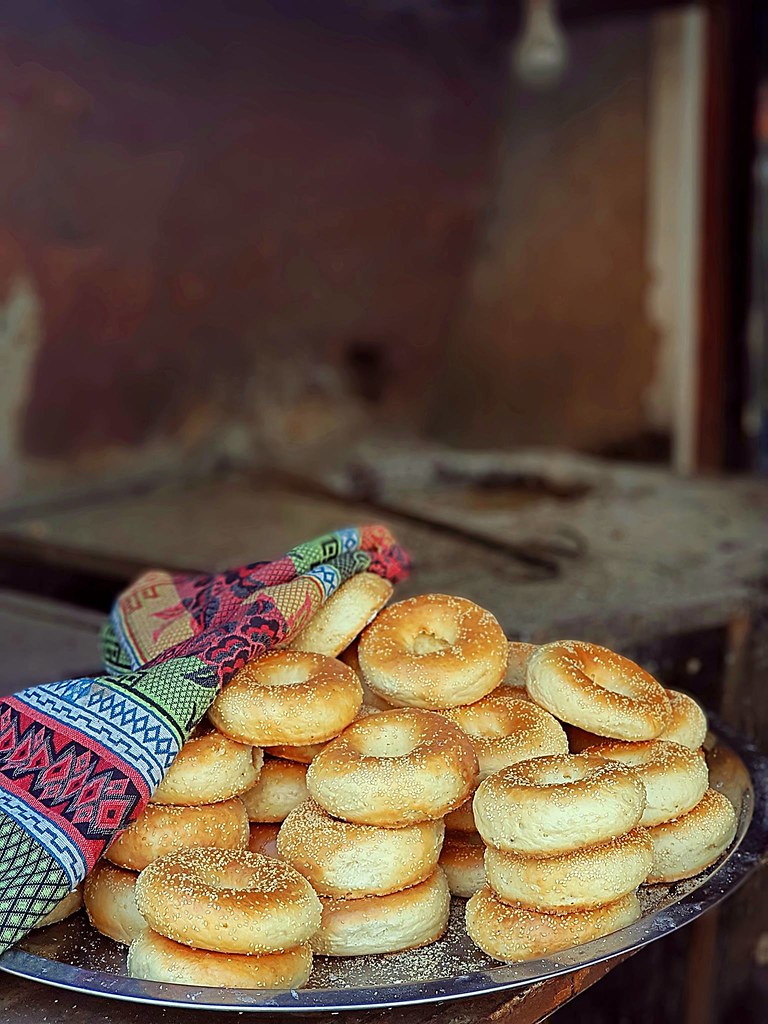 “In the end, it’s the similarities – not differences – that we celebrate together.”

When in New York, I couldn’t understand why NYer were so crazy about bagels. Here, in Kashgar, I see people as – if not more – crazy to bagels as those in the Big Apple.

But girde naan – as this dough-with-a-hole bread is called – is not dissimilar as it is similar to Poland-related bagels that NYers enjoyed. It is similar in end result – crisp outside, fluffy and chewy inside – and dissimilar in how it’s made: girde naan is baked in tandoor, while bagels are steamed or boiled and baked.

When I showed my picture of bagels in NY to a girde naan shop owner, she laughed. “They look very soft. They might be eaten for days,” my guide translated her. “But I would like to try those soft bagels,” the shop owner continued.

I told her that, after trying her girde naan. my palate preferred this Kashgar version of bagels. Its outside has crunchier crust, while the inside is more chewy and less fluffy. What’s more? It can be eaten with soup (put the bite-sized in a cup and pour a vegetable soup on it), wet it with hot sweet tea, dip it with mixed-nut butter (gosh, I forgot the name), or just chew it while it’s hot.

So, who knows someday Indonesian create their own ‘bagel’? Hey, the Betawi people has Kue Cincin made from rice flour, you know? See, there are more similarities than differences; that is if we are not so quickly eaten away by pride or insecurities.