Blessing from the universe 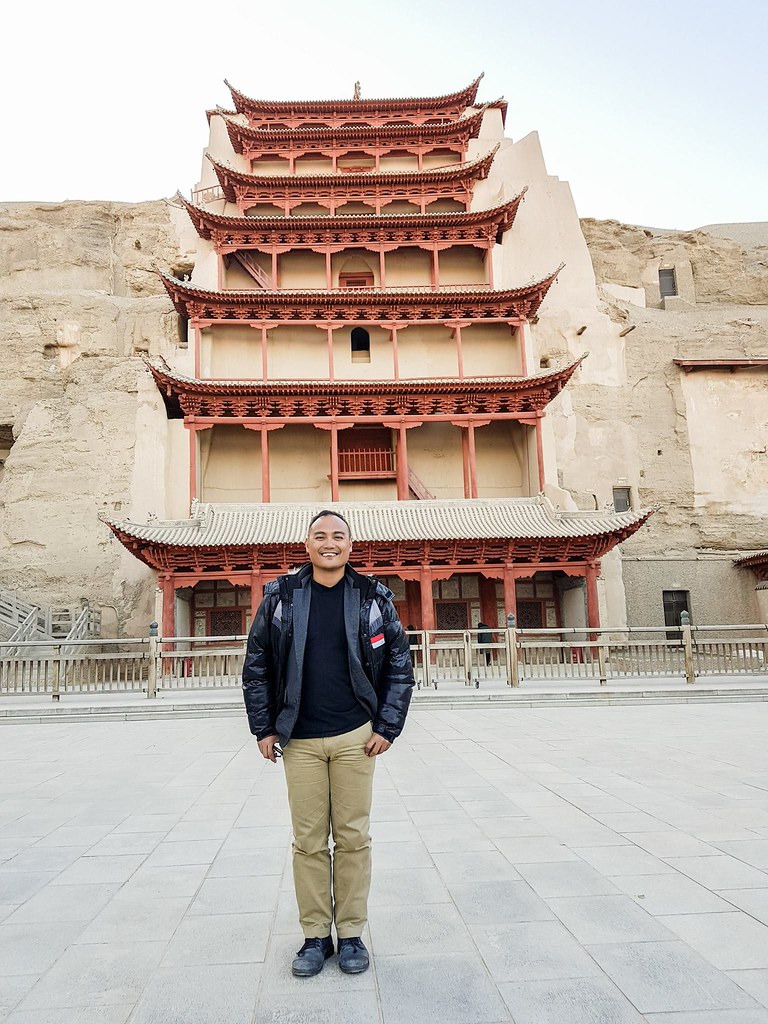 The Silk Route was unique; trade, politics, arts, religion and so on inspired each other that new cultures emerged. The City of Dunhuang, and especially Mo Gao area, once proved it.

Mo Gao, located 25 KM outside the city of Dunhuang, was originally built to create a pilgrimage spot for some religions: taoism, hinduism, christianity and, the most prominent at the time it was built, buddhism.

The building behind me was relatively new, built to ‘house’ a gigantic 35.5 m Buddha statue sitting in a floating posture. This statue was one of the survivors through hundreds of years of raid by the Japanese, Russian, European, Muslims even American haters and looters. (Un)fortunately, regular visitor can not take pictures of these thousands statues, kilometers square of murals and tiles inside these 500+ man-made caves.

As Dunhuang was located in the center of Chinese part of the Silk Route, traders, leaders, artists, holy men and pilgrims came here for a blessing before continuing their trip. Those continuing to the west were extremely in need of such blessing, because the road in front of them were harsh desert full with bandits as well as natural hazards.

Just like those people in the past, I requested blessings from the universe, especially for the next part of this trip.