The most rewarding trip 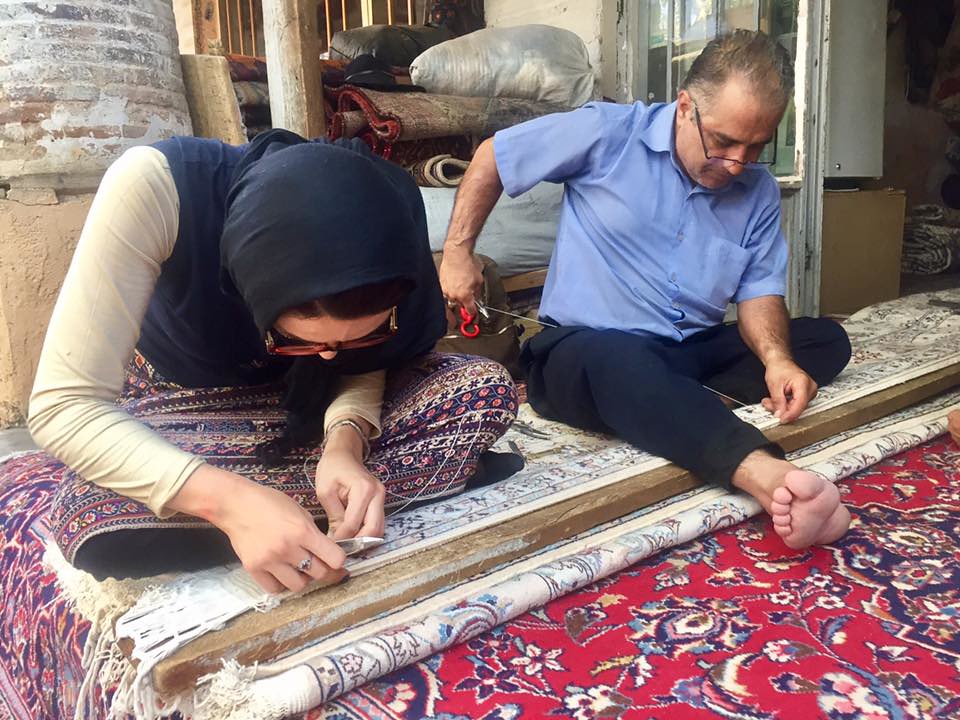 Sometimes, it’s those people we didn’t plan to meet created the most rewarding trip.

Bored with sightseeing, I let myself wonder around the west side of Isfahan old city and found myself sitting with Raha Abtahi in Bouroojeniha Passage of Isfahan Carpet Bazaar. Raha was a fresh graduate majoring in carpet design. I first thought how specific her study was, but in Isfahan – where fine carpets were not just commodity but also identity, heirloom, and symbol of pride – her study perfectly made sense.

However, instead of working as carpet designer or maker, Raha was more interested in carpet alteration and repair. I sat with her, tutored with her boss and coach, Mr. Ahmad Reza Salimi on the many techniques of carpet alteration. Mr. Ahmad was also kind to let me learn how to pull cotton threads into shirazi (thick cotton bundle to trim carpet sides).

First time to Raha, her face turned red in panic when she found out she chaotically entangled her cotton threads. She couldn’t look at her tutor’s face. As the only female carpet alteration worker in the area, she didn’t want to fail. Her dream – opening carpet alteration business somewhere in Europe – could not be sacrificed only by failure of making shirazi.

If you happen to be in Isfahan and are bored with squares, mosques, minarets and bazaars, spend an hour or two with Raha to support her dream. I’m sure by then she’ll be able to teach you some useful techniques mending your souvenir from Iran, the famous Isfahani carpets